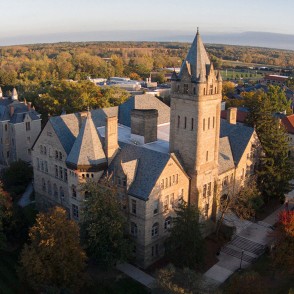 Written by OWU’s Creative Writing Program Director and a professor of English, Robert Olmstead, “Far Bright Star” was released in 2009 and shortly afterwards was named one of the Top Ten Westerns of the Decade by Booklist, the magazine of the American Library Association.

Now, according to The Hollywood Reporter, “Far Bright Star” is being made into a movie starring Joaquin Phoenix of “Walk the Line” and “Gladiator” and directed by Casey Affleck of “Interstellar” and “Gone Baby Gone.”